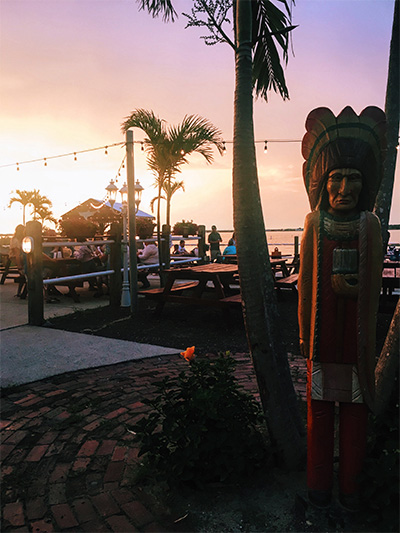 Family owned and operated since it’s opening in 1963.
The Tuckahoe Inn is a casual family restaurant on the bay, Bring the family, call your friends and come join the good times!

History of our name and it’s origin.
Tuckahoe, literally meaning “where deer are shy or hard to approach” was the name of the Lenni-Lenape, Indian Nation. The Tuckahoes inhabited this area of Southern Jersey, hunting in the forests and meadows, fishing in the surrounding waters, gathering great quantities of shellfish, whose meat they dried and whose shells became wampum.

One evening in 1692, shortly after the death of the last great chief, King Nummy, the Indians held a council and, deciding the area was becoming too crowded with white men (there were six families scattered throughout this whole mainland section), packed up and left that same night, never to return. But they did leave their name behind them, one example being the Tuckahoe River, a part of the Great Egg Harbor Bay System.

This same year saw the incorporation of Cape May County in which we are situated, and with it the county assumed the responsibility of operating a ferry between Beesley’s Point (then called Stites Point) and Somers Point. We may reasonably assume from this that some sort of way station was established here at that time – the first authenticated data concerning an inn was 1736 – and from that time forward there has always been a hostelry at this site. We hope the Tuckahoe Inn will convey to its guests a sense of history, tradition and hospitality.